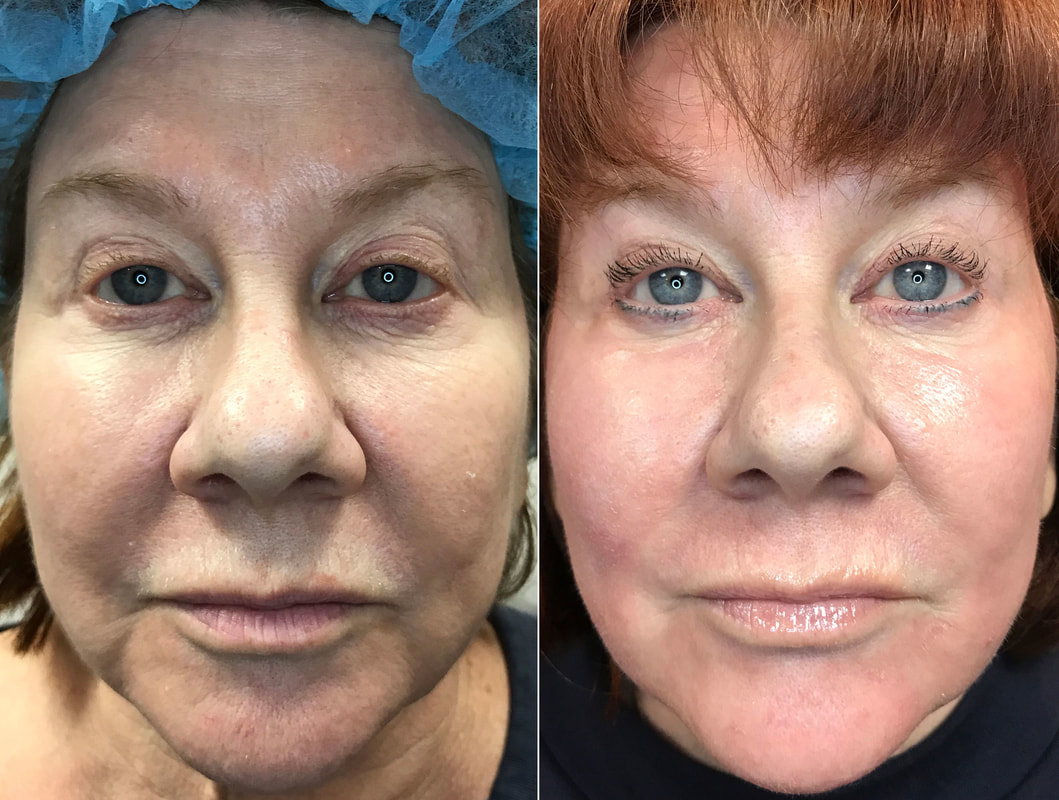 In the old days, we used to have some very aggressive treatments like deep chemical peels, dermabrasion and fully ablative laser resurfacing. These treatments gave some amazing results, but there were some serious complications including scarring, loss of pigmentation, infections and even heart attacks from the cardio-toxic effects of the chemicals.

When fractional laser technology came along, facial resurfacing became much safer and the down time decreased from several months, to just over a week. Because the fractional technique is so much safer and easier to recover from, the aggressive laser and chemical treatments became obsolete. Nobody was willing to take the risk of offering these treatments when a safer alternative was available. The fractional laser resurfacing is great when less aggressive treatments are preferred but multiple treatments are necessary and even then, the results are not quite as good as a fully ablative resurfacing.

In 2017, a new technology was introduced called: J-Plasma. J-Plasma is not a laser, it is not a chemical peel and it is not an abrasion. J-Plasma uses radio frequency anergy to ionize helium gas into the plasma state. Helium plasma is unique in that it is able to heat and cool at the same time. When the energy is applied to the surface of the skin, only a very thin layer of skin is heated and removed. The skin underneath receives enough energy to initiate the healing cascade. New skin starts to generate and within 2-3 weeks the old face is replaced with a fresh newly generated layer new skin. The wrinkles are gone and the skin is significantly tighter. The results are just as good or even better than the old aggressive laser and chemical treatments.

The J-Plasma technology bridges the gap between the risky, outdated resurfacing treatments and the safer fractional laser treatments. Finally we have a very aggressive treatment with significantly less risk and remarkably better results than the fractional and non-ablative treatments.

If you want the benefits of resurfacing, We have perfected the protocols to resurface with minimal downtime. We incorporate platelet rich plasma (PRP) to speed up the healing time and boost collagen production. With our Oxygenetics post procedure cover-up, you could be back to work in as little as 3 days!